Fisia Italimpianti of the Salini Impregilo Group has celebrated six million working hours without a single accident at two water desalination plants in the Middle East, highlighting the emphasis it places on the health and safety of its workers and thanks to its application of international best practices in terms of training and safety culture – a priority shared by the entire Group.

At the Salalah reverse osmosis desalination plant that Fisia Italimpianti and partner Abeima are building in Oman, a ceremony was held on August 1 to celebrate one million working hours recorded without a Lost Time Incident (LTI) as of June 30. In attendance were Yaqoob bin Saif Al Kiyumi, Chief Executive of the Oman Power and Water Procurement Co, and officials from Dhofar International for Investment and Development Co SOAG, ACWA Power and Veolia.

Located in the Salalah area in southwestern Oman, the plant will have a production capacity of 113,500 cubic metres per day of drinking water for about 500,000 people. It is the first project for Fisia Italimpianti in Oman.

This important milestone comes a few months after the achievement of five million working hours without LTI at the Shuaibah site in Saudi Arabia where Fisia Italimpianti and Abeima have recently inaugurated a reverse osmosis water desalination plant for 250,000 cubic metres per day.

With more than 90 years of experience, Fisia Italimpianti is a global leader in water desalination and water and wastewater treatment plants with a strong presence in the Middle East. 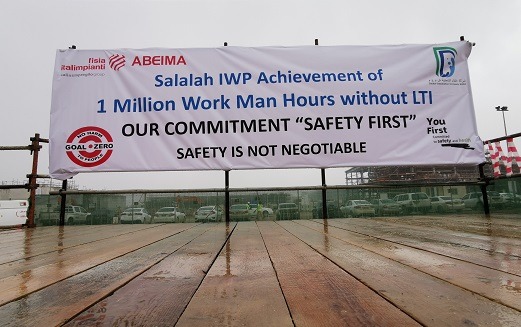 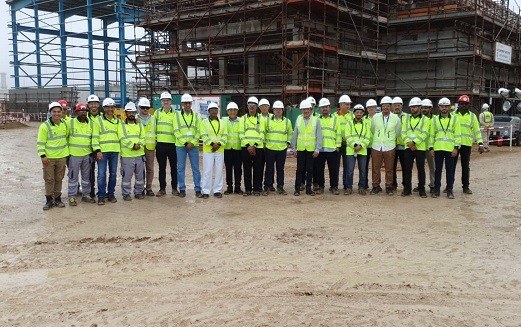