Fisia Italimpianti has reached a milestone in the construction of the Shuaibah III Expansion II IWP in Saudi Arabia with the start of the Commissioning at the desalination plant.

The achievement made by Fisia Italimpianti, unit of Salini Impregilo, comes after 3.5 million working hours being registered without injury – an impressive statistic that was presented during a visit by His Excellency Eng. Abdulrahman bin Abdulmohsen Al-Fadhly, Minister of Environment, Water and Agriculture and Chairman of the Board of Water and Electricity Company.

The $255-million project for ACWA Power represents the return of Fisia Italimpianti to the construction of large-scale desalination and reverse osmosis plants.

Located in the Shuaiba area on the western coast of Saudi Arabia, the plant will use reverse osmosis technology to deliver up to 250,000 cubic metres of water per day, supplying potable water to more than one million residents in the cities of Mecca, Jeddah and Taif.

The Commissioning started involving the sea water intake pumping system and the gravity filters, which are the first stage to be given to sea water as it enters the plant to be turned into potable water.

The unit of Salini Impregilo and its joint-venture partner are set to finish the work within the scheduled 22 months, making the project one of the most quickly implemented in the industry. The time it usually takes to install a plant of this kind is more than 30 months.

It confirms Fisia Italimpianti’s commitment to delivering projects in a timely manner while adhering to the highest quality, security and safety standards. 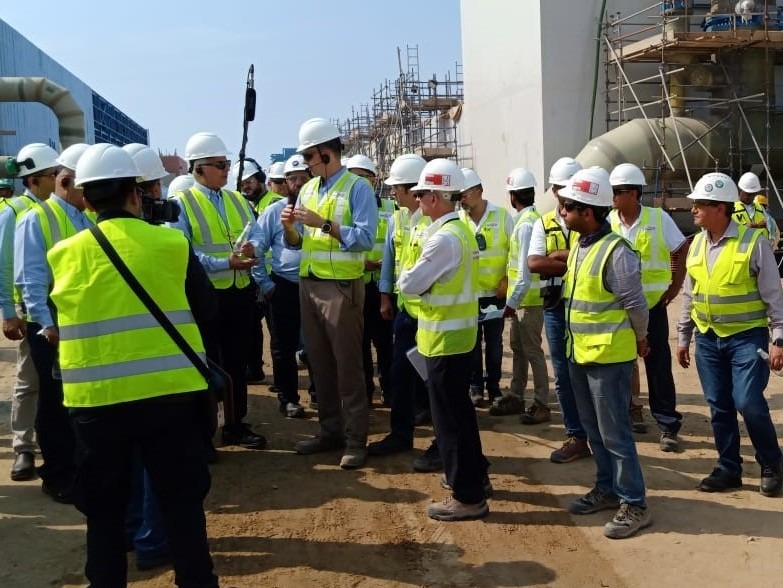