MILAN, November 12, 2019 - Fisia Italimpianti of the Salini Impregilo Group is set to finish work on the Ataköy wastewater treatment plant in Istanbul, a contract worth €83.9 million that it won in 2016. The plant has become fully modernised with an extension, giving it the capacity to process 600,000 cubic metres a day in a district of some three million people.
The project, which supports a more sustainable development, confirms Fisia Italimpianti’s leadership in desalination and water and wastewater treatment with its more than 90 years of experience.
Located in the western part of Istanbul, on the European side, the plant will use advanced biological methods to treat the wastewater before discharging it into the sea.
Fisia Italimpianti is revamping the existing part of the plant, in service since 2010, to treat 360,000 cubic metres a day from 1.8 million equivalent residents after having completed in late 2018 the construction of a new section for 30,000 cubic metres per day on three treatment lines with the Membrane Bio-Reactor (MBR) – an innovative technology for Turkey -  a new process that allows for the use of the treated water for street cleaning and irrigation.
In the Istanbul district of Yenikapi, Fisia Italimpianti is building another plant that will treat 450,000 cubic metres of wastewater per day, a volume equal to the sewage produced by two million residents.
The plants that Fisia Italimpianti has built or is in the process of building in the world sees it contributing to improving the quality of life of more than 6.6 million people. A significant figure given how about five billion people live in areas at risk of lack of water, and 80% of water discharges remain untreated.
Based in Genoa, Fisia Italimpianti’s parent, the Salini Impregilo Group, ranks global leader in the water infrastructure sector for five years by influential trade magazine Engineering News-Record (ENR). Fisia Italimpianti aims to strengthen its international presence with the help of Progetto Italia, a plan launched by Salini Impregilo to consolidate the fragmented construction industry in Italy to create a group with the scale, skills and resources to compete more effectively for contracts in foreign markets. Fisia Italimpianti is looking to address the demand for water that is set to grow in the coming decades. Its plants can be found in countries like Saudi Arabia, Oman and the United Arab Emirates. 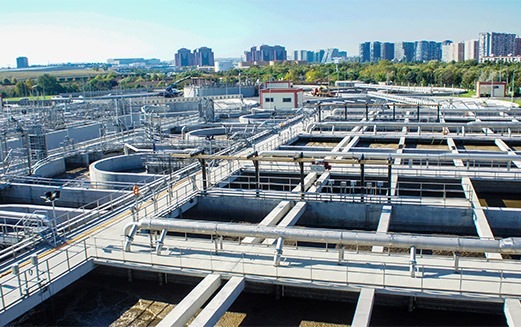