Fisia Italimpianti, (Salini Impregilo Group), announces that its joint-venture is set to design and build a water desalination plant in Oman. With more than 90 years of experience, Fisia Italimpiant is a global leader in water desalination and treatment plants with a strong presence in the Middle East. Fisia Italimpianti and its JV partner Abengoa won the project from ACWA Power, Veolia and Dhofar International for Investment and Development Co SOAG to build the plant using reverse osmosis technology to deliver about 113,500 cubic metres of water a day, supplying potable water to the city of Salalah in the southwest of Oman where water is scarce given the desert climate. Fisia Italimpianti has a 51% stake in the JV. The project is Fisia Italimpiant’s first in Oman but second with ACWA Power, strengthening the JV’s rapport with one of the most competitive investors in the water and energy sectors. The first contract was won in April to build a $255-million desalination plant in Saudi Arabia that will produce 250,000 cubic metres per day of potable water for more than one million people in Mecca, Jeddah and Taif. Fisia Italimpianti is one of the most competitive Main Contractor / EPC Contractor on the global market. With all the water desalination plants it has built, it has become responsible for an installed production capacity equal to 925 imperial gallons per day (MIGD) or 4.2 million cubic metres per day, 350,000 of which with reverse osmosis technology. Having built plants that supply potable water to a combined total of more than 20 million people, especially in the United Arab Emirates, Qatar, Kuwait and Saudi Arabia, Fisia Italimpianti is expanding in north Africa and Latin America. As a company of Salini Impregilo, it is using the Group’s global leadership in the water sector to develop its expertise to meet the growing demand for its services. 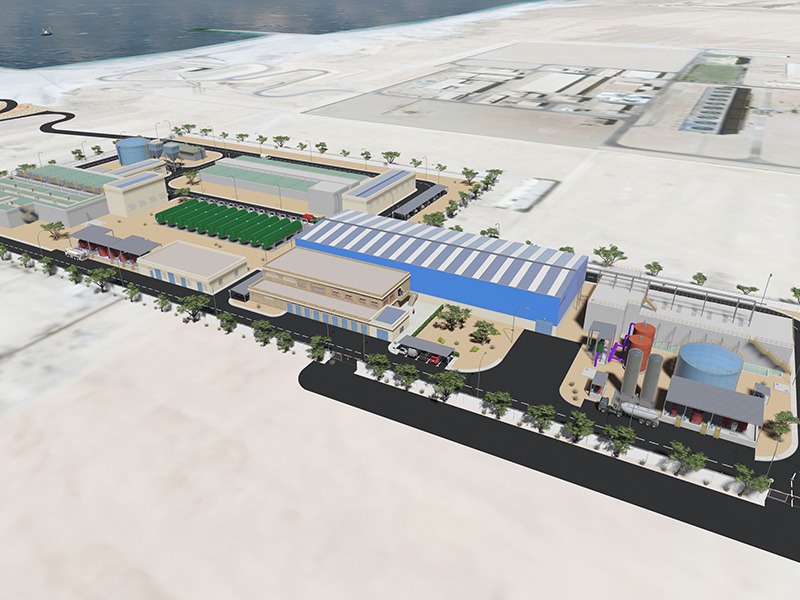